Opinion: David Garcia is the clear choice in governor race for ASU students 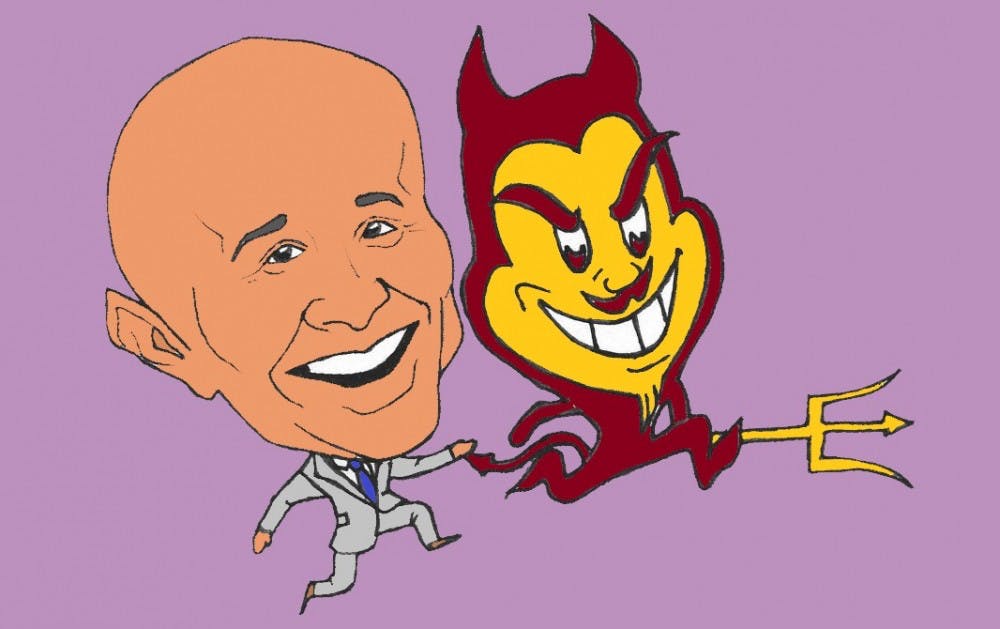 Over the last year, the fight for education funding has been one of Arizona's most publicly debated issues.

In almost all instances throughout his term, current Gov. Doug Ducey has failed to address the very real problems with education in the state.

Many times, the actions of Ducey have exacerbated existing problems — such as 2015’s budget, according to the Arizona Republic, which slashed $99 million of funding from Arizona's public universities.

David Garcia, an associate professor in the Mary Lou Fulton Teachers College, has demonstrated that he will take the fight for education funding seriously and work towards fixing our current system.

"A change in education is Arizona's No. 1 issue," Garcia said in a recent televised debate. "It is my strength, it is Ducey's weakness and it's going to be the difference."

In the wake of the Red For Ed movement, Garcia has shown that he understands the current political climate and the issues that matter to voters.

“The biggest issue out there without question is public education,” Garcia said in an interview with Cronkite News. “When at the end of the legislative session, you have 75,000 teachers walking out, looking for and demanding better public school conditions, that is without a question the No. 1 issue.”

For many at ASU, the issue is personal.

Massive funding cuts in 2015 — at the time, the deepest funding cuts to higher education spending in the country — naturally led to tuition hikes, which have jeopardized access and affordability.

Under Ducey, Arizonans have spent more on higher education and received less. According to the Arizona Republic, Arizona spent 47 percent less on college students in 2015 than it had in 2008.

Hugo Polanco, a former ASU student who worked as the finance director for David Garcia’s 2014 run for Superintendent of Public Instruction and is the current development director for the Maricopa County Democratic Party, said that Garcia is an experienced educator that will take Arizona’s education needs seriously.

"He's a super smart guy, a native Arizonan and I feel like he cares about our community," Polanco said. "It took teachers walking out to demand a pay raise for Doug Ducey to do anything, and David Garcia's going to do the right thing from day one."

Overall, Polanco believes that Garcia will stand up for the interests of college students.

"I think our generation has been shafted in many ways — we have ballooning school debt that previous generations didn't have," Polanco said. "We're letting older people decide a lot of our future ... and, at the end of the day, I trust David Garcia to represent us well."

Proper funding for education should not be a partisan issue.

As a state that continues to rank near the bottom for per-student spending, it should absolutely aspire to give its students across the state more.

On several occasions, Ducey has praised Arizona's universities, only to cut the budgets that allow them to thrive.

Ultimately, Ducey has repeatedly demonstrated throughout his tenure that he will put tax cuts and the interests of big business, above the needs of Arizona's students.

David Garcia is a candidate who views Arizona's students as the asset they are and who will fight to improve the current education system.