Honoring the Legacy of Eleanor and Lincoln Ragsdale 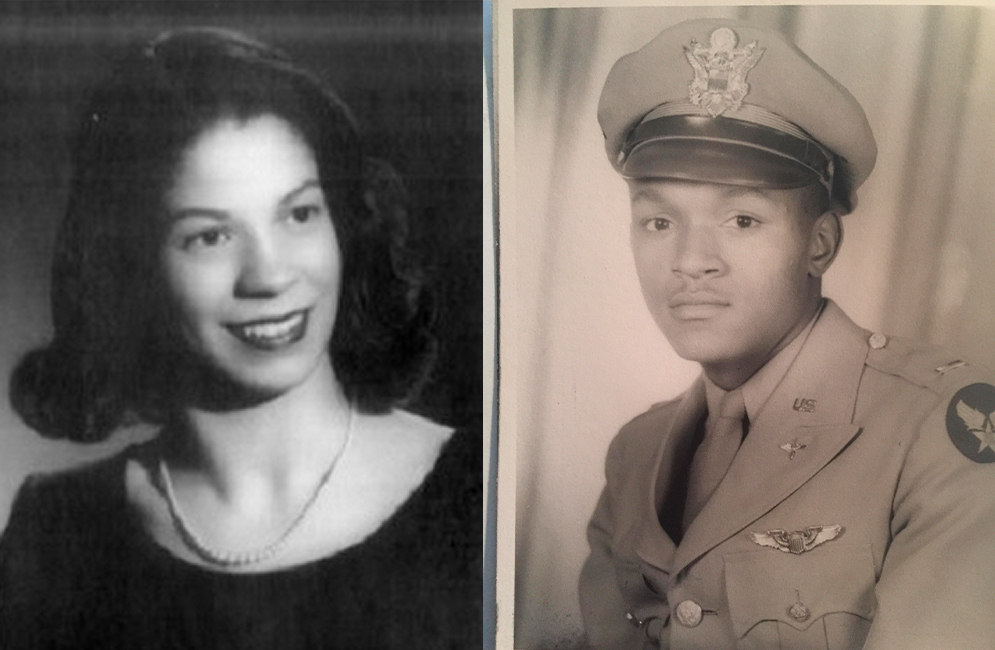 Born in 1926 in Oklahoma, Lincoln Ragsdale was a prolific Phoenix entrepreneur and leader in the Phoenix Civil Rights Movement. His commitment to breaking local racial barriers is unparalleled. After serving in the Tuskegee Airmen corps of Black military pilots in World War II, he faced racist and violent attacks in Alabama under local police's hands in November 1945. Soon after these vile attacks, he was commissioned as Second Lieutenant in the United States Army Air Corps. In 1946, he was transferred to Luke Air Force Base via an integration experiment before the military's formal integration in 1948 by President Truman's executive order. He said that his experience with the Tuskegee Airmen motivated him as a Civil Rights leader.

"It gave me a whole new self-image," he said. "I remember when we [Tuskegee Airmen] used to walk through black neighborhoods right after the war, and little kids would run up to us and touch our uniforms. 'Mister, can you really fly an airplane?' they'd ask. The Tuskegee Airmen gave Blacks a reason to be proud."

After the war, he and his brother started a business in Phoenix but faced loan rejection by all the banks in town. Thanks to a Greek immigrant named E. Harry Herrscher (who was willing to grant Mr. Ragsdale a personal loan), he became the first black funeral-home owner in Arizona. Mr. Ragsdale went on to earn a doctorate in business administration with business holdings in a wide variety of industries, serving Black clientele who were unable to patronize white establishments at the time. He later began employing white workers in a controversial effort to advocate for integration.

He and his wife Eleanor married in 1949. Eleanor was teaching at the Dunbar Elementary School, a segregated school built specifically for Black students, but she soon became a full-time entrepreneur and activist with her husband. She and Lincoln were founding members of the Greater Phoenix Council for Civic Unity, the local NAACP, and the Phoenix Urban League (PUL). During their time in the PUL, they advocated and won their fights for desegregation for Black and Latino students in the Encanto District and Phoenix high schools one year before Brown v. Board of Education. The lawsuit was funded by conservative City Councilman Barry Goldwater, who became a couple's personal friend. They also actively fought housing discrimination by moving into an all-white neighborhood and raising their children in the home even while facing vicious harassment from their white neighbors.

Lincoln later became vice president of the Maricopa County NAACP working to end workplace discrimination and segregation in public facilities. He ran for City council, which led to large numbers of voter registration by new Black and Latino voters. He worked with the City council to pass a public accommodation law and later passed statewide civil rights law.

He hosted Martin Luther King Jr. At ASU in 1964 and was later involved in creating a statewide MLK Day that passed in 1992. Lincoln passed away in 1995, and the executive terminal at the airport was named in his honor. Eleanor passed away in 1998. Their contributions to the Civil Rights Movement in Phoenix cannot be overstated.

Radio recordings of the Ragsdale's' Sunday morning radio programs can be heard here thanks to a project by the ASU library. These programs feature Christian and gospel music, advertisements for the Ragsdale Mortuary and insurance businesses, and political and social commentary by Lincoln and Eleanor Ragsdale, and many others.