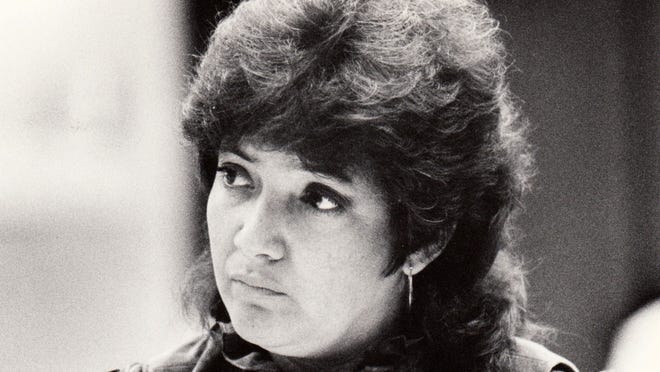 For our first profile of Arizona women who’ve made history, we chose to spotlight Mary Rose Wilcox. Her countless achievements and contributions to Maricopa County span decades, and she continues to serve her community as the Chairman of the Maricopa County Special Health Care District Board of Directors.

Born in the mining town of Superior, Mary Rose is a fourth generation native Arizonan.

She was the first Latina to serve on both the Phoenix City Council and the Maricopa County Board of Supervisors, and her years in politics have not often been easy, even leading to her getting shot from behind in 1997.

In 1977 she began working for Arizona Senator Dennis DeConcini, brought on to do outreach to the Latino community. She was eventually elected to the Human Resources Commission of Phoenix, where she successfully campaigned for a restructuring of the city council from at-large representation to districts. In the process, the Phoenix City Council was expanded from six to eight members, and Wilcox decided to run to fill one of the new seats. She won her election against 11 other candidates to the council to serve the seventh district in 1982 where she served the council for 9 years.

“It was a big first because Latinas had not entered the political arena. We were helping, you know, on all the campaigns you saw a lot of Latinas helping,” she told Horizonte in a recent interview. “At that time, you didn’t see us running for office.”

She used the role to advocate for affordable housing as chair of the housing commission and worked with Councilman Calvin C. Goode on a successful program to invest money in neighborhoods to reduce crime.

In 1988 she was elected by the council to serve as Vice Mayor for two years, where she pushed for the baseball stadium to be built in her district.

In 1992, encouraged by Ed Pastor to run to fill his seat, she won her election to the County Board of Supervisors, becoming the first Latina to serve on the board. For her almost 20 years on the Board, she continued her work advocating for the revitalization of downtown Phoenix. Through affordable housing, development projects and the creation of a County homeless campus. This work included supporting a sales tax increase to pay for the baseball stadium she had spent years advocating for on the City Council. Immediately after this vote, she was shot by a man who was upset with her vote.

Wilcox attributed the shooting to the vitriol that was being shared on talk radio about the sales tax increase, striking a remarkable parallel to the hateful rhetoric that continues to plague talk radio today.

"I attribute [the shooting] directly to the venom that radio talk shows put out every day," she told the Arizona Republic. "Many of them are just hate-baiting. Because I am the only remaining board member who voted on the stadium I was the target."

Mary Rose and her husband Earl own and operate the famed mexican restaurant El Portal in the Grant Park neighborhood of downtown Phoenix. They also run the park across from their restaurant after the city had to close it due to budget cuts. They use the park to hold public forums, hold memorials for neighbors, operate recreational programs, and hold citizenship drives. Their restaurant is a hot spot for local elected officials, stopping in for political advice and gossip from Mary Rose and Earl. Stop in and support a local restaurant if you’re in the neighborhood!