Why Arizona Democrats are going all-in on this Trump district 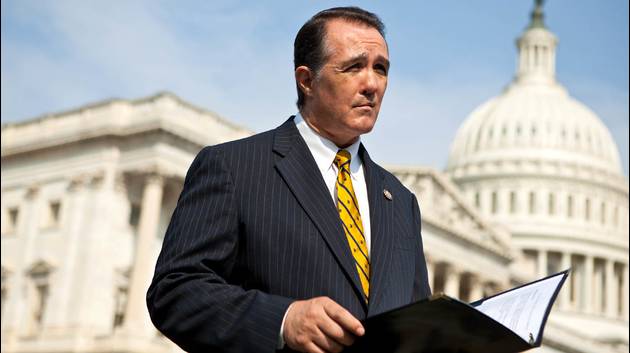 The 8th District seat vacated by former Republican Rep. Trent Franks, who resigned over accusations of sexual harassment, has long looked sure to stay in GOP hands in the upcoming April special election.

But local Democrats say they believe they're in the middle of a political sea change that will turn Arizona into a midterm battleground and marquee presidential swing state.

It's an admission Democrats elsewhere have been hesitant to make in a series of House special elections in deep-red districts over the last year.

Hobbled and cash-strapped state parties have been little help, while national Democrats have sought to avoid embarrassment and a waste of resources when they know a long list of potentially more competitive targets are up for grabs in November.

Arizona Democrats say they see the race in the 8th District -- where emergency room doctor Hiral Tipirneni won last Tuesday's Democratic primary ahead of the April 24 special election -- as a test run for their organizing efforts since President Donald Trump took office. A competitive contest in the Maricopa County suburbs west of Phoenix would confirm that a massive shift is taking place across the state.

They also see fighting against long odds as important to keeping activists engaged and the Democratic base motivated before calling on the same ground troops to lead a much broader offensive in the fall, when a Senate seat and the governor's office will be on the line.

"There's a sleeping giant that's awakening in our district, and people feel like they're being talked to for the first time in a long time," Tipirneni said.

The 8th District race, where Democrats didn't even nominate a candidate in 2014 and 2016, is a long-shot for Democrats for a number of reasons.

The district is heavily Republican: Trump carried it by 20 percentage points in 2016. The GOP has a 17-point voter registration edge, according to the Arizona secretary of state's office. That's an advantage Republicans don't have in western Pennsylvania, where this month they're trying to hold onto a seat that was similarly pro-Trump in 2016 but is home to many more registered but disaffected Democrats.

Arizona's 8th District is suburbia, the sort of place Democrats have made huge gains elsewhere in elections since Trump took office. But it's also a haven for retirees, making for a much older electorate than most districts. And though 19% of its residents are Hispanic, the district's population is largely white.

And Republicans dodged a huge headache when state Sen. Steve Montenegro, in the middle of a sexting scandal, lost Tuesday's primary to state Sen. Debbie Lesko. While the scandal meant the GOP primary drew much more media coverage, at 71,320 to 36,404, nearly double the number of ballots were cast on the Republican side compared to the Democratic primary.

In an interview Saturday, Lesko, the Republican nominee in the race, described the 8th District as a solidly conservative and described Tipirneni as "very liberal" and "definitely not a fit for this district."

This year, though, Democrats in the West Valley say they want to fight.

On Saturday, Rotellini and Tipirneni were on hand for the earliest-ever opening of the state Democratic Party's 8th District office, where 113 people came on a Saturday morning to kick off canvassing efforts for the special election.

Rotellini, the 2010 and 2014 Democratic nominee for attorney general, said she's seen huge shifts in the West Valley since she was a candidate. "It's really not your grandfather's Arizona anymore," she said.

As chairwoman, she's launched a 15-county plan reminiscent of former Democratic National Committee Howard Dean's 50-state strategy. The goal, she said, is for voters to hear Democrats' message everywhere in the state.

Such an effort could pay off: Arizona is a marquee state in the 2018 midterm elections, with retiring Republican Sen. Jeff Flake's seat up for grabs and Republican Gov. Doug Ducey running for re-election.

But it's also poised to become one of the nation's most important swing states in the 2020 presidential election.

In 2016, Trump won Arizona by just 4 percentage points -- half the margin of traditional swing state Ohio. The Rust Belt is gradually moving rightward, but Sun Belt states feature increasingly diverse, Democratic electorates, providing a path for the party's eventual presidential nominee that allows for some losses in the Great Lakes region.

"There is a huge shift going on right now," Slugocki said. "The growth in local activism here has been unprecedented and something no one could have seen coming, and these people are itching to have their voices heard."