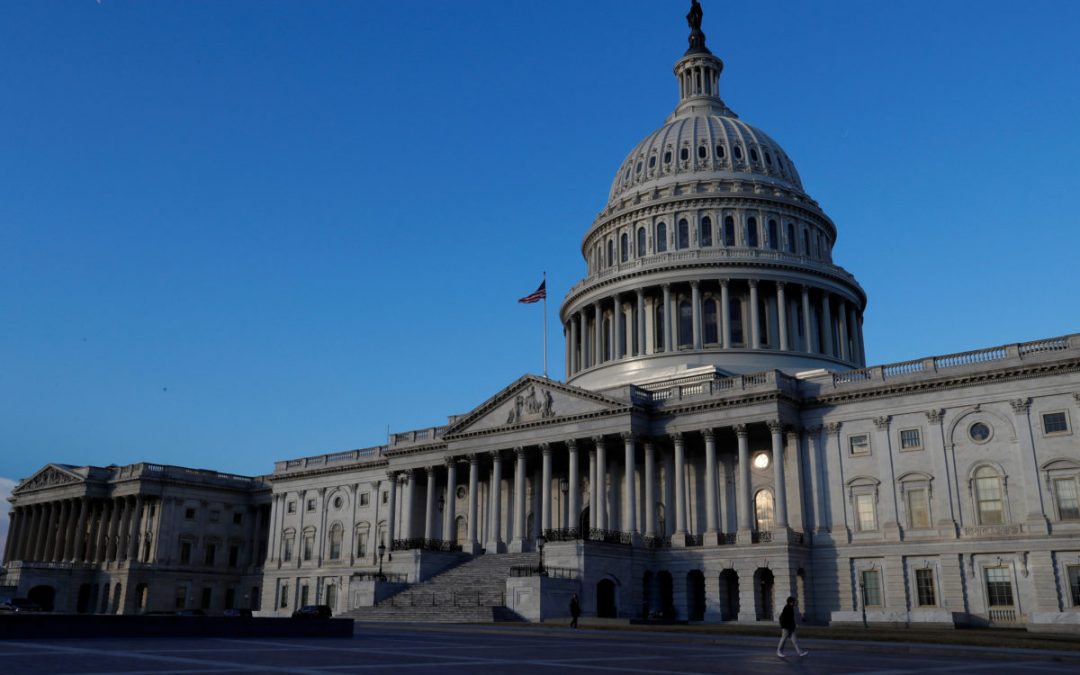 By: Thomas Beaumont and Melissa Daniels

PHOENIX — Democratic Rep. Kyrsten Sinema says Immigration and Customs Enforcement, the agency that some in her party are clamoring to abolish, is performing an “important function.” She recently joined House Republicans to ease restrictions on banks. And she offered a decidedly nonpartisan comment on conservative Judge Brett Kavanaugh’s nomination to the Supreme Court.

The third-term congresswoman has come a long way from her days as a Green Party activist as she tries to become the first Democrat to represent Arizona in the Senate in 30 years.

It’s a notable strategy in an election year in which many Democrats see a path to victory by tapping into the outrage of the party’s base in the Trump era. In neighboring Nevada, for instance, Democratic Rep. Jacky Rosen is aiming to flip another GOP-held Senate seat and she seized on the high court vacancy to highlight the threat to abortion rights.

“I supported (Sinema) before, but she’s too easily influenced,” Wixon said after attending a recent political meeting in suburban Phoenix where Abboud spoke. “She seems to roll over too easily.”

Sinema said her shift to the right is the result of learning to work with others in a hyper-partisan Congress.

“What I’m really proud of is my ability and willingness to learn and grow as a political leader,” she told The Associated Press recently when asked if her moderate profile would turn off Democrats. “That’s allowed me to learn new opinions and change as I’ve gotten new information.”

Sinema is favored to win the primary and is seen as a competitive Democratic candidate in a general election that could hinge on how voters feel about President Donald Trump and his policies. That’s why some Democrats are willing to back her even if her liberalism has limits.

“I have some serious questions,” said Steven Slugocki, Democratic chairman in Maricopa County, Arizona’s most populous. “That’s not to say I won’t support her. The alternative is far worse.”

That alternative, to Slugocki, is any of the Republicans vying to succeed retiring, one-term Republican Sen. Jeff Flake, a persistent Trump critic. The GOP field includes former Maricopa County Sheriff Joe Arpaio, a crusader against illegal immigration who was convicted for contempt of court related to racial profiling practices and later pardoned by Trump, and Kelli Ward, a state senator endorsed last year by former Trump adviser Steve Bannon.

The third GOP candidate, Rep. Martha McSally, has been viewed as a moderate in the vein of Arizona’s senior GOP senator, John McCain. But as the primary approaches, she has sharpened her stance on immigration, removing her name as a co-sponsor of legislation backing a path to citizenship for some young immigrants in the country illegally.

In 2016, the influx of Latino voters contributed to Democrat Hillary Clinton’s narrow loss to Trump here. Clinton lost Ohio, for instance, by nearly twice as much as she lost Arizona.

A Democratic victory in the Senate race would suggest the state could be up for grabs in 2020. Bill Clinton was the last Democratic presidential nominee to carry Arizona in 1996.

And yet Sinema remains controversial among Arizona Democrats.

She drew complaints among liberals last year as one of two dozen House Democrats to join majority Republicans backing a measure to sharply increase penalties for people deported more than three times, more sharply for those with a criminal record. Likewise, she was one of a handful of Democrats who backed a measure giving federal officials authority to detain and deport noncitizens who live in gang territory.

While Latino voter advocates groan at some of Sinema’s positions, they note her support for allowing a path to citizenship for some young immigrants brought to the country illegally as children.

“The most important thing we can do right now is elect candidates who will serve as a check on Donald Trump,” said Cristobal Alex, president of Latino Victory, a national political advocacy group active in several states this year. “She’s the only viable choice for our community in this election.”

One important sign of Sinema’s viability, albeit with the election still more than three months away, is that she reported having more than $5.3 million in her campaign account at the end of June. That’s many times more than what Arpaio, McSally and Ward had. Recent polls also show Sinema leading all three Republican prospects in potential head-to-head contests.

“There are some grumblings,” said state Sen. Lela Alston, who served alongside her in the Legislature before Sinema’s election to Congress in 2012. “While there are some individuals who would never vote for her, more say — even though they wish she was voting more to the left — they are going to embrace her candidacy, given their choices.”

Sinema’s little-known Democratic opponent, Abboud, said she thinks both candidates have a shot to get votes from moderates or disaffected Republicans.

“You have people that want something different,” Abboud said. “They want to vote on their values.”

Such grumblings boiled over in May when some Democrats in Pima County, which abuts the U.S. border with Mexico, proposed condemning some of Sinema’s votes with the Republican majority. The motion was ultimately defeated, a sign that voters are seeking pragmatism, said Jo Holt, who leads the party in Pima County.

“Some of these folks on the left will say in one breath they don’t like a vote she took, but that they’ll support her because things in the country have gotten so bad,” Holt said. “In another political environment, these votes might hurt her more.”

Sinema’s resilience has not been lost on some Republican operatives in Arizona, increasingly anxious about their party’s chances of holding the seat.

“She has benefited from being able to stake out a centrist approach,” said strategist Jon Seaton, “and really hasn’t paid much of a price for it.”