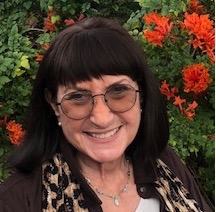 Suzi Walling was born and raised in Brooklyn, New York into a family of working-class Democrats. She attended Brooklyn College (BA, Sociology/ Psychology) and Syracuse University (MA, University Student Personnel Work). Suzi has always held a progressive prospective on civic and social issues, such as voter rights, reproductive rights, respect for our environment and immigrant and racial justice. During her professional career, Suzi served first as a fundraiser and then as an executive of several non-profit organizations. She was Founder and President of PhilanthropyWoksAZ, a Consulting firm dedicated to working to improve the effectiveness of non-profit organizations. She retired in 2013 after more than 20 years of consulting work. Suzi became actively involved in politics as a member and then President of a League of Women Voters in Michigan. After moving to Arizona, Suzi became involved with the Maricopa County Democrats, as a member of Circle of Friends, and Program Co-Chair of Grand Dems. She served as an appointed PC for about a year and a half and then was elected Chair of the newly formed Arizona LD29 Dems.