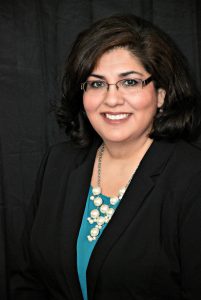 Monica is a proud seventh-generation Arizona Native who grew up in Glendale, Arizona. She got her first taste of activism by participating in voter outreach by becoming a voter registrar while at GCC, became involved in MEChA and later served as Vice President. In 2012, Monica and her husband, Marshall, were both active in his union, AFSCME 2384. It was there that they became involved with several campaigns, including NO on 487, Steve Gallardo, Martin Quezada, and Richard Andrade. This activity brought them to LD29 where they immediately signed up to become appointed PCs. In 2014, Monica was elected as chair and has been re-elected in the following years. Being a public servant is a role that Monica takes very seriously. She is an active labor member of AZPOA, AFSCME Local 2960, Pride-at-Work Arizona and a is MALF delegate. She serves as a governing board member for the Glendale Elementary School District, treasurer for AzLSBA, and graduated from HLI-West in 2019.