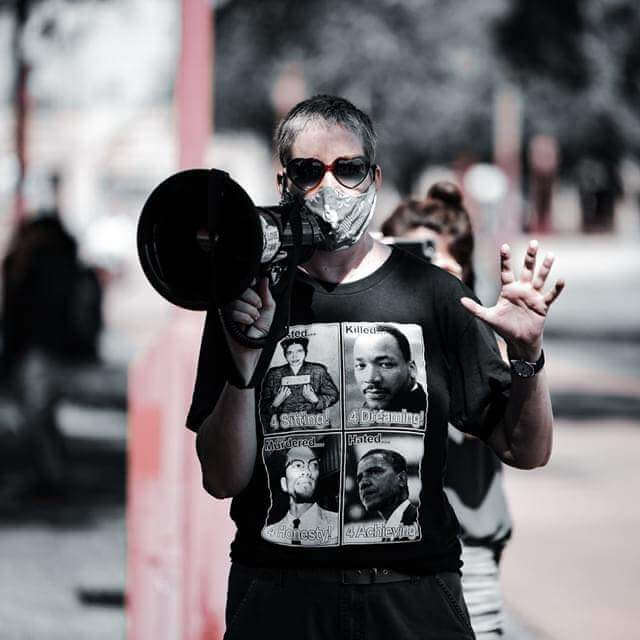 I am an Arizona native who grew up in Mesa, Arizona. I became fully active in politics in May of 2016 helping out the Hillary campaign doing everything I could do to get her elected. Talk about baptism by fire, the campaign had me canvassing, phone banking, registering people to vote, and then training the new volunteers. After the devastating loss on 11/8/16, I knew that I couldn’t stop fighting for what I believed in. In the many protests, marches, rallies, sit-ins, and die-ins that I have been a part of either as an attendee, Host or co-host, I know that I am not alone in the fight. Since 2016 I have worked tirelessly as a volunteer to get Democrats elected throughout the valley. I became a PC in 2017, a State Committee Member in 2018, and joined the LD26 Board as a 2nd Vice Chair in July 2019. My goal as LD26 Chair is to work with our PC’s and volunteers by giving them the training and resources they need so we can build a better relationship with our Democratic/Independent neighbors. When we have a strong relationship with our neighbors we help to elect our Democratic candidates and this is a win for everyone