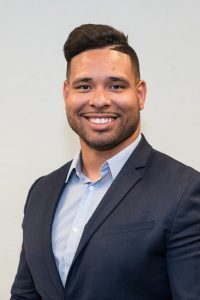 Devin began work as a Community Organizer in 2012. In that year alone, he helped register over 34,000 new minority voters that were engaged throughout the 2012 election cycle. That success continued in 2013 as Devin served as a community organizer throughout South Phoenix & West Phoenix working to increase civic engagement in communities of color. In 2014, Devin ran for a seat on Tolleson Union High School District Governing Board. In which Devin won his election and was voted Vice President by his fellow board members. In addition to serving as a school board member; Devin was also elected in 2015 to serve as the Regional Pacific Director for the National Black Council of school board members. As a Pacific Regional Director, overseeing 5 states; Devin works to increase academic achievement from ethnic and racial minority groups.